There are many types of organisational statements and they all mean different things to different people. But which ones are worth having? Is there a hierarchy in their importance? And most importantly, do they matter?

Companies all over the world produce these statements without giving a great deal of thought to their meaning. They produce them because they think they should have them. It’s like authors who use quotes by famous people to get their point across. They like the words, they like the sentiment and by adding it to their work they think it validates what they are trying to say.

But it’s lazy. It’s really saying ‘I’ll put these words in, people will think that I’m smart and the words of someone else will support my words’. A bit like company owners that blindly create statements in the hope that it will present the reader with some kind of meaning or purpose that the author wants to attribute to their business.

But these statements mean EVERYTHING to the reader and you better live up to their meaning…or else.

Forest Mars, Sr. (yes, of the Mars Corporation) introduced it in 1947 in a memo, saying “the objective of our businesses is to create mutual benefit for all stakeholders.” And then they went ahead and made unhealthy products that their customer’s loved. The ‘benefit’ to which Mars referred is the enjoyment and satisfaction of his customers, he never considered their health.

This was the old principals of Taylorism where employees were grateful to have a job and employers put shareholders first. In many western businesses, it is a legal requirement for boards to put businesses first.

But this generation of business owners, entrepreneurs and thought leaders want more. They want PURPOSE to mean something. They will mend and make do instead of consuming more. They will consider sustainability ahead of profit. They want social integrity ahead of greed. They want the world to be a better place and top of their agenda is healthy people. They take these things seriously and so must you.

“We must accept the discomfort of the truth, as well as the discomfort of bringing to life a new way of doing business,” says Mars Corporation “Our kids are watching us. And we won’t be able to tell them we didn’t know.”

So choose your words carefully and mean every one of them. Your customers are your kid’s generation and you better not mess with them, they know what they want and they are uncompromising in what they do.

Photo by Drew Beamer on Unsplash

What’s your Purpose for Business

At the heart of everyone is the desire to do well. There’s something at our core that wants to make a difference. To see a better world and to be part of making it happen. We feel a pull towards creating something better than what our parents had. The need to make improvements so that those that come after us are better off. This is the meaning of purpose.

Few leaders and even fewer business leaders see purpose as a completely new operating system. A new way of doing business. A new approach to management. But for the ones that do, the results have been astonishing.

Zhang Huimin is one of those radicals. He’s the CEO of the worlds biggest appliance manufacturers based in Qingdao, China. Zhang Huimin took the step of removing ALL middle management from his corporation. Instead, he offered them a chance to become entrepreneurs within the organisation but autonomous and free to set their own rules. These new business leaders set their own strategy, prices, salaries, bonuses and managed their own recruitment.

Companies like Roche India and GE (as well as US Special Forces) have adopted his RenDanHeYi management system with amazing results. Many of the worlds great leadership thought leaders hail the transformation as remarkable.

And Zhang Ruimin’s secret to it all is purpose. He recognised that everyone is deeply motivated to work where they can make a difference in the lives of others. It was quantum physics that caught Huimin’s attention. For centuries, astrologers, scientists and physicians all agreed that atoms were made of matter. They had mass, substance and it could be measured. A beam of light was just light particles bouncing off or penetrating a surface.

But when the beam of light was measured as energy, something happened. Light waves were formed and these were a frequency or energy and so light is made up of both particles and energy. A symbiosis of differing but measurable elements that worked together but in different ways. The mass or particles of business are its substance, what it does, what it produces, its output. The energy of a business its purpose. Purpose is the glue that makes businesses perform to reach their aims and objectives, its vision.

Teams may well understand the product, how it’s made and what it does, but they are driven to succeed because they all believe that what they are doing makes a difference to their customers’ lives. It improves them.

Purpose is the main ingredient in any business. Without purpose, teams flounder and the most talented leave.

My thoughts here have been developed after reading Zero Distance by Danah Zohar.

Photo by Denise Jans on Unsplash 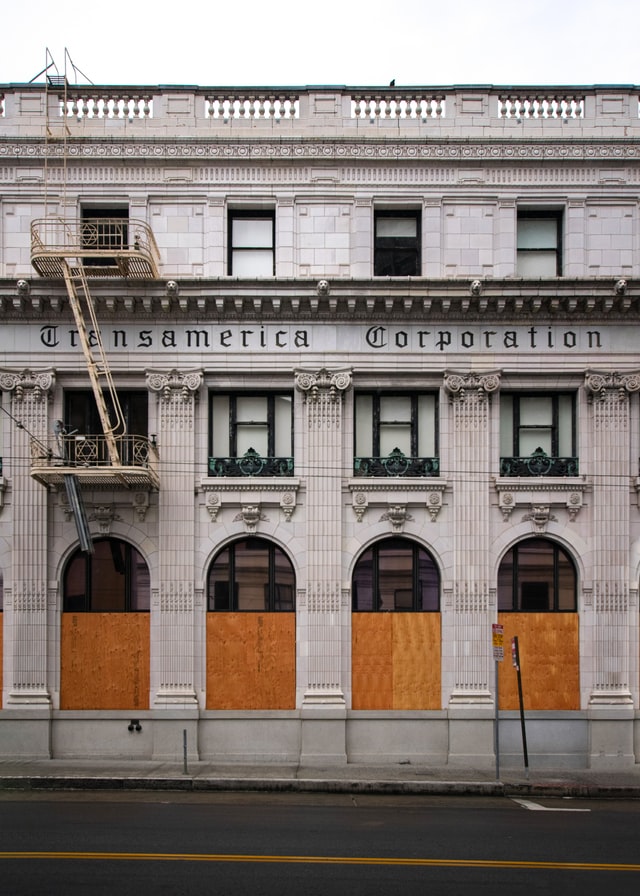 Success – What really makes a business work? How do we get the likes of Apple, Amazon, Facebook, Twitter, Google and their like all springing up and driving stellar performance on the Stock Exchange? Well, the answer isn’t really that hard to understand.

In 2012, the world’s largest supplier of domestic appliances, Haier, based in Qingdao, China was revolutionised by its CEO Zhang Ruimin who developed a system of management that he called

For the past 130 years, we have all followed a model devised by the father of business management Frederick Taylor. It became known as Taylorism and companies like Ford Motor Company and GE were key practitioners. Companies built whole departments around the nature and construct of departments such as design, marketing, sales, accounts etc etc.

People worked in silos created by Taylor’s departmental model and it worked very well if you wanted a Ford pop in black (it was all you could have at the time). Modernist thinkers played with the model and introduced us to concepts like mass customisation, customer derived brand variants and other wonderful subsets of management.

Zhang Ruimin realised that an organisation the size of Haier had stagnated and was unable to grow through anything other than marginal gains. An efficiency here, a trimming of the fat there. Staffing levels grew but the output was very sluggish. He had no influence over the performance of the business. It was grinding to a halt (well, almost).

So he thought long and hard about what to do and came up with a management system that breaks down Taylorism and replaces it with a system known as Quantum Management. QM is a system that creates entrepreneurial teams at every level in the organisation. The only way he could really get this to work was when he also made the decision to surrender all of his power at the top, cleared away all middle management and turned many of them into CEOs of their own self-organising microenterprise.

All decision making powers, hiring of staff, remuneration packages were devolved to the microenterprise. Zhang Ruimin provides just the vision, inspiration and resources to the team and establishes the organisation-wide culture of each group consistently across the whole organisation. The ‘energy’ for this revolution came from the employees. ALL employees are driven by purpose…they want to make the world a better place. This is the energy that powers a quantum management system.

Companies such as Roche India, GE Appliances and the USA Green Berets have adopted Quantum Management in all that they do. So why Quantum? Well, Isaak Newton was convinced that all atoms were made of matter, substance, mass. Quantum scientists discovered that there was a second element called energy. Businesses are made up of matter (the substance of what it is and what it produces) and energy (the will of employees to drive a business to success, the purpose) – Quantum.

Photo by Patrick Perkins on Unsplash